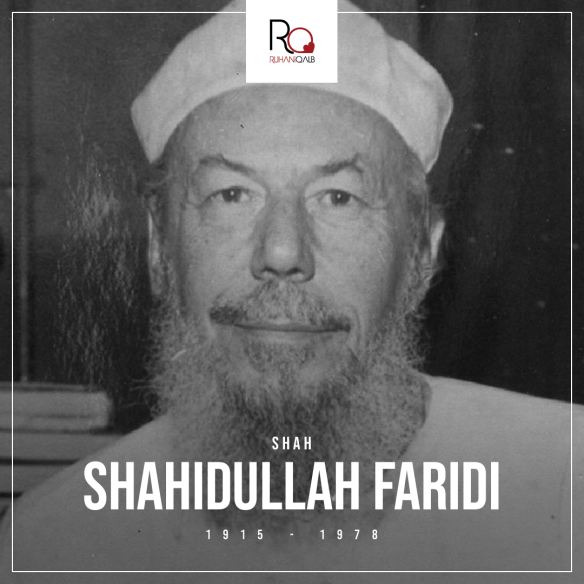 He embraced Islam after reading “Kashf al-Mahjub” (The Unveiling of the Veiled), the classical treatise on Sufism written by Imam al-Hujwiri. Though having been born and raised in a wealthy English family, he left his home in search of a Sufi Master. In India, he eventually met the Chishti Sabri Saint, Syed Muhammad Zauqi Shah and pledged allegiance to him.⁣⁣

⁣⁣
At forty years of age, the responsibilities of spiritual succession were entrusted to him. He lived in Karachi for about thirty years until his passing on Ramadan 17th of 1978.⁣⁣
⁣
Link to a talk by Shaykh Abdal-Hakim Murad on the life of Shah Shahdullah Faridi – ⁣https://bit.ly/3iGONlF