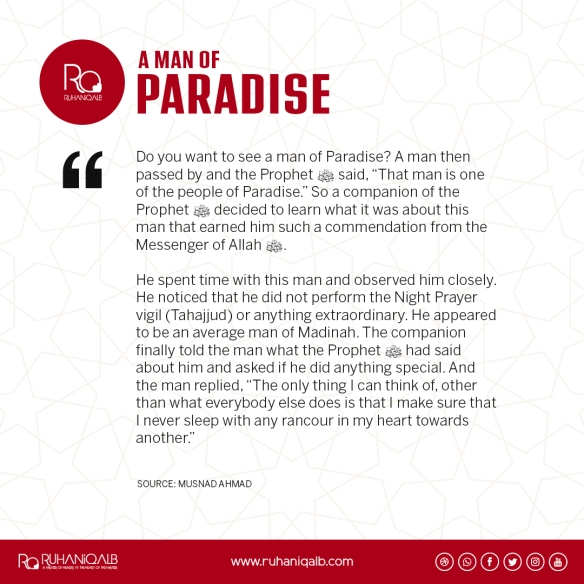 Do you want to see a man of Paradise? A man then passed by and the Prophet ﷺ said, “That man is one of the people of Paradise.” So a companion of the Prophet ﷺ decided to learn what it was about this man that earned him such a commendation from the Messenger of Allah ﷺ.

He spent time with this man and observed him closely. He noticed that he did not perform the Night Prayer vigil (Tahajjud) or anything extraordinary. He appeared to be an average man of Madinah. The companion finally told the man what the Prophet ﷺ had said about him and asked if he did anything special. And the man replied, “The only thing I can think of, other than what everybody else does is that I make sure that I never sleep with any rancour in my heart towards another.”